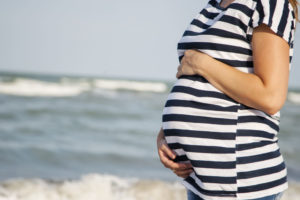 Have your breast become tingly and tender very recently? Do you feel tired when you haven’t really done much? Are you suddenly saying “yuch, no thank you” to some foods you used to eat? Do you always have to know where the nearest bathroom is located?

If you are experiencing any of these signs or symptoms congratulations might be in order, these are all early signs of pregnancy. While the symptoms listed above are general, and could be from a number of things, together they often are early pregnancy symptoms. Whether you’ve received IVF treatment or had unprotected sex, if you have several of these symptoms it’s time for a pregnancy test.

A week or two after conception you might start to notice that your breast are tender, even more than right before your period, and tingly. This is caused by the extra hormones, estrogen and progesterone, in your system. The hormones cause the glands in the breast to start growing and retain more fluid. It’s like an extreme version of the way your breast feel before your period. The area around the nipples, called the areola, may also darken. Your body will get used to the new level of hormones within several weeks so your breast will feel less tender. A good, supportive bra will help throughout the entire pregnancy.

It may feel like your period is starting but is a bit earlier, spottier and lighter in color than a normal period and doesn’t last as long. The cramping may also be less than usual. Unlike a regular period, this is light enough bleeding that you may only notice it when you wipe. This spotting is caused by the fertilized egg attaching to the uterine lining.

The hormone progesterone, which is racing through the pregnant body, causes bodily functions to slow down. This includes digestion, which is why one pregnancy symptom is nausea. When digestion slows down the stomach doesn’t empty as fast as it normally does. The stomach wants to get rid of the contents either through vomiting or elimination. Eating easy to digest foods like crackers frequently, and drinking lots of water, might help the stomach from feeling so overwhelmed.

Progesterone is the reason there’s a lot going on in your body to support the pregnancy before you first feel pregnancy symptoms. It causes your basal body temperature to rise the same way it does after ovulation, when your body is running hotter it tires more easily. Your heart is also pumping faster to get more oxygen to the uterus. Resting more, eating a good diet and taking prenatal vitamins should help.

Yes, it happens right away, not just when the baby sits on your bladder. The uterus starts to swell immediately, which puts pressure on the bladder. There is also extra blood flow to the kidneys which causes them to produce more urine. Since you shouldn’t decrease the amount of fluid you drink, you’ll just need to be aware of the location of the nearest bathroom. This can be good practice for when you have young children.

The flood of hormones surging through your body can make you unusually emotional and weepy. Like other early pregnancy symptoms, it’s like a ramped-up version of PMS and there isn’t anything you can do about it except realize it’s normal and wait for your body to adjust to the new level of hormones.

The hormone progesterone is making your body run hotter and causing blood vessels to dilate, lowering blood pressure, which can contribute to lightheadedness. Dizziness also can stem from low blood sugar, so you need to make sure you’re eating properly. Since it’s easy to portray visually, the media often uses dizziness and fainting to show early pregnancy symptoms. If you’re eating properly, and not jumping up to quickly when you’re sitting or lying down, you probably won’t be fainting like a soap opera diva.

Many of the early signs of pregnancy spotting around the time you realize you’ve missed your regular period. The combination of other signs, plus the missed period, usually send women to seek out a pregnancy test. For some women, the period isn’t completely missed, it’s just lighter than normal, which is why paying attention to other symptoms can be important.

Many women believe they have an intuition about early pregnancy symptoms and they’re often correct. After all, who knows what’s normal for your body better than you do. The woman may also have some of the symptoms listed above and that contributed to her hunch.

Not all women have all these early signs of pregnancy, but most have at least a few. If you are undergoing IVF treatment, or have had unprotected sex, and have some of these symptoms, it’s probably a good time for a pregnancy test.

With IVF treatment protocols, there is a blood serum pregnancy test conducted 12 to 14 days after the IVF embryo transfer. This is the gold standard of pregnancy tests and is considered extremely accurate. If you’re not undergoing IVF treatment, this is still a good timeframe to take a pregnancy test in if you’re experiencing early pregnancy symptoms.